Sinking ships, that’s our mission in this game. To do this, we will have at our disposal 90 kinds of unique boats. Models produced by the armies of Japan, the United States, the USSR and Germany.

The battles are obviously taking place at sea. The scenarios place us between the Atlantic Sea, the Pacific Sea and the Arctic. The battle maps are huge and allow for many maneuvers by our maritime battleships.

Battles are 7 units vs. 7. They have torpedo weapons, missiles, cannons, all of different range and power depending on the ship we chose. Managing our battleship is the main thing in the game. Each unit has a different speed and weaponry, it will always be the best strategy to find the best position for the unit. To locate ourselves, anticipating the movements of the opponent are always very effective.

World of Warships Blitz: Battle at the Sea

We can control the direction of the ship, the speed, the angles of fire and the entire arsenal. We can play solo through the campaign by fulfilling missions, recreating World War II events. Or also in multi-player games to team up and face other fleets.

In graphics, Word of Warships is amazing. They have opted forrealisticgraphics and the result is remarkable. Each ship, battleship, is perfectly detailed. All have their main design features and weapons. The scenery, the sea, looks great and shines even brighter when they have a flotilla facing off.

The effect of the shots, the sun at the end of the sea, the smoke coming out of the enemy ships. World of Warships is enjoyed even when you see it. Although, maps sometimes offer such a large size for a very short starting time. So putting your strategy ahead is vital to victory.

The game is free. We should not pay for downloads or play. It offers in-game purchases, but nothing that can be achieved by playing some games. It has a ranking mode to see our progress compared to other players in online mode. 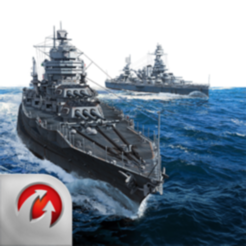 #TodayinHistory HMS Courageous was sunk by torpedoes which were launched from U-29 in 1939 during the Battle of the Atlantic.