Shadow Fight 3 takes us to an age full of samurai and knights. Set in medieval Japan, it tells us the story of that world on the brink of a great war. An incomprehensible force that came from the Portals of Shadows many years ago has now become a source of power. The struggle for that energy is everywhere; it’s a tool and a weapon, and we’ll have to move forward to know how this problem is solved.

We have three factions in the game, each with its own feature. First there is The Legion, a powerful military tribe whose main objective is the eradication of dangerous energy. Then there is the Dynasty, whose goal is to limit and control energy. Finally, the Heralds seek to use it for the benefit of their community.

Each of this brings us very particular but identifiable characters within your group. We have a variety of samurai, spear warriors, melee experts. We’re all going to face them in a 3D graphics environment.

The game looks great, the stages have an interesting art. The animations and gameplay are a bit slow, the fights are much more technical than in other games (like Boxing Star). You’ll have to take your break and see where the best shot comes in. Or be more aggressive and seek to be faster than the opponent.

We can improve our character with various items, to make them a little more resilient, fast, so that we can advance in the story. You’ll have 3 fighting styles that you can combine. A huge collection of different weapons and equipment. Lots of special skills. An extensive map where the story unfolds.

The story is interesting, it is very well accomplished and has side missions. We’ll also have themed events with unique rewards. The game has a duel mode, where we can face the characters of other players (controlled by the AI) and enters the leaderboard.

Take a dive into the world of infinite combat and exciting action! Shadow Fight 3 is free-to-play and 100% user-friendly. Start your adventure right now, warrior! Enjoy modern 3D-graphics, realistic physics and animation. Use special shadow abilities, perks, and upgrades. Immerse yourself in the thrilling story with many quests. Participate in regular thematic in-game events with unique awards. 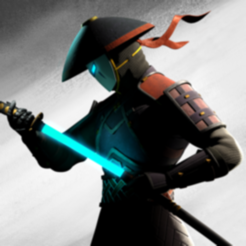 Is there anybody who can match my powers? #ShadowFightArena

Learn more about Shang the Monk and his deadly shadow abilities! #shadowfightarena https://www.youtube.com/watch?v=tuKfzEameAA