Download Brawl Stars for Android and iPhone for free. One of the most popular action games for mobile phones.

Brawl Stars is one of those games made to entertain. It is very unlike any previous game we’ve seen. From the hand of Super Cell, creators of Clash Royale, Brawl Stars is a game with many doses of action and progression. Many hours of fun on your cell phone.

This is a casual game with a lot of action. Graphically the game is very attractive. It has vibrant colors, characters with a very nice cartoon design. Everything is very polished and well done. From the game menus to each of the animations of the characters and the weapons that we use. Explosions, shots and everything in the game.
In this game we will control our character in a combat arena with two sticks. One to control the direction in which we will move and the other to point our weapon. It does not fire automatically, we must tap on the screen to start using our weapon against the closest enemy.

The game has many different characters. Each one with a very particular style of play. They all have different skills, we have better suited players in closed spaces. Others who attack from long distances. Some perform powerful area attacks against multiple enemies.

Brawl Stars has many different game modes. From collecting gems, casual clashes, an even a Battle Royale mode, like PixelGun or Fortnite. Each mode shines on its own and they are very entertaining. Although the Battle Royale mode is not as strict as in other games. This is because here we can see our opponents all the time on the screen. That takes a bit of a challenge from the match.

We even have a soccer game mode. This and many others rotate in the daily events menu so every day we will have something fun to do. Finding a game is always very easy and fast.

Brawl Stars is a game for all types of people. We find very casual game modes, but also others where the action demands our best skills. Finding opponents is always easy and organizing matches is a lot of fun. If you are a gamer who just wants to have fun, there is a game mode for you. If you are a little more competitive and want to face the best players from around the world, there are also other game modes that are perfect for you.

From the makers of Clash of Clans, Clash Royale and Boom Beach! Team up for real-time 3v3 battles against players from across the world. A fast-paced multiplayer battle royale mode made for mobile. Unlock and collect new, powerful Brawlers - each with a signature attack and Super ability. New events and game modes daily. Battle solo or with friends. Climb to the top of the leaderboards in global and local rankings. 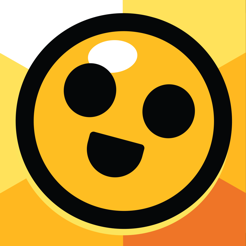 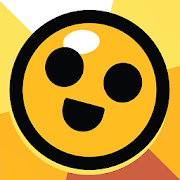 Balance Changes on the way! Colette is getting a few improvements 👀

What else should go on Colette’s Gift Shop shelves?🛍